Cable protection sleeves are wires wrapped with insulating materials and laid on the bottom of the sea to establish important communications equipment between countries, between islands and inland, between oil platforms and inland, and across-sea military installations. As an important medium for power transmission, safety and reliability during use are crucial. After the submarine cable is laid, over time, the crustal movement, the sea floor delamination and other factors will cause certain damage to the submarine cable, such as excessive bending, may cause the submarine cable to break. Generally, the bending limiter composed of two halves symmetrically combined is used to protect the submarine cable. The bending limiter will also play a certain role in limiting the bending, allowing the cable to bend freely within the acceptable bending radius, so that the cable will not be subjected to To damage, extend the service life.
It is mainly made of polyurethane material with high strength and corrosion resistance.
More details please contact us for free! 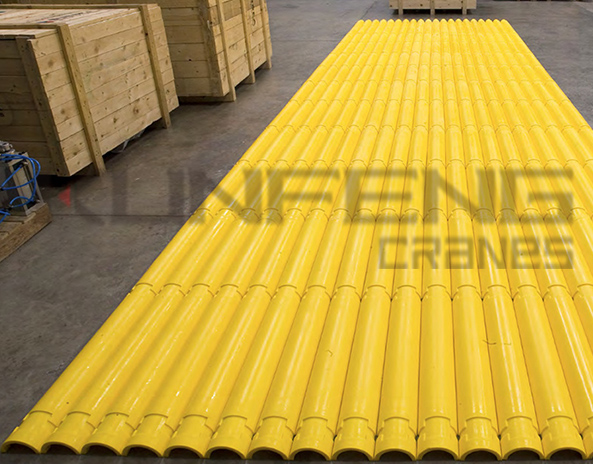