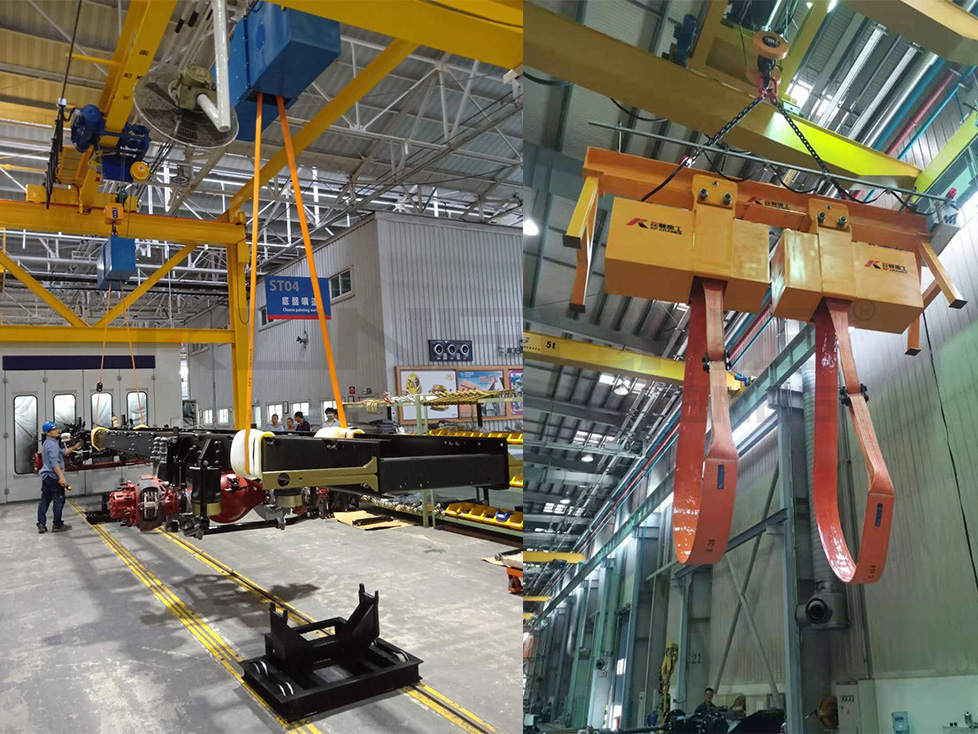 The railway freight car body is the part containing goods. The car body includes several major components such as underframe, end wall and side wall. The deformation caused by the assembly and welding of several major components has a significant impact on the length, width, diagonal and appearance of the car body. In order to ensure the size and shape of the car body, the welding of all parts of the car body shall be horizontal welding, so as to meet the requirements of the drawing. Therefore, there must be a turnover process during the assembly and welding of the car body. In the traditional process, the middle beam of the underframe is clamped at both ends of the car body and overturned, and the truck bottom is transported by the crown block to form a production line. The flow operation is difficult, the ground occupation area is large, there are potential safety hazards in the hoisting operation, and the applicable truck models are limited.

In view of the above problems, a car body load turn crane which improves the working efficiency and can pass through the car body in the load turn crane is provided.
The utility model comprises two load turn cranes with the same structure. An electric unwheeling machine is arranged between the turnover machines. The key points of the structure are that a guide sleeve is arranged on the guide column on both sides of the turnover machine base, a driving oil cylinder of the turnover machine is arranged on the base between the guide columns, and the guide sleeve is fixed on the driving frame On the passive rack; Both the active frame and the passive frame are provided with a half turn body with a chain outside, and both sides and the bottom of the half turn body are straight edges; The passive frame is provided with a rotatable oil cylinder, the piston rod end in the rotatable oil cylinder is provided with a groove corresponding to the rotating positioning pin of the half turn body, the periphery outside the half turn body is fixed between the limit wheels of the driving frame and the driven frame, and a positioning guide column is arranged between the upper parts of the two half turn bodies; The sprocket driving the chain to rotate is arranged on the motor of the base.
The truck body load turn crane  produced by Kunfeng heavy industry is hung by the crane, which can turn the car body 90 °, 180 ° and 360 °.