What are the causes of crane wire rope fatigue? 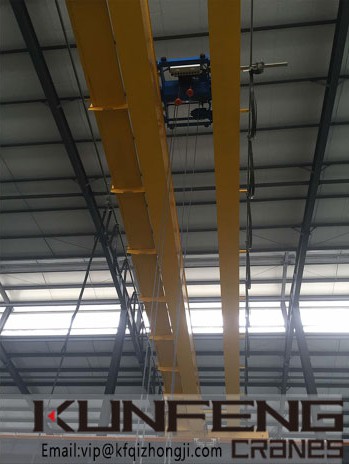 What are the causes of crane wire rope fatigue?

1,fatigue
The crane wire rope is mainly subjected to bending fatigue and fatigue caused by stretching, twisting and vibration during use.
2, bending fatigue
The crane wire rope is repeatedly flexed by the pulley or the reel, and bends numerous times, which is easy to cause fatigue of the steel wire, and the toughness is lowered, eventually leading to broken wire. The fatigue broken wire appears on the outer wire of the side where the curvature of the strand is the most severe. Usually, the appearance of fatigue broken wire means that the wire rope is nearing the end of use.
Tests have shown that the bending fatigue life of the crane wire rope is closely related to the D/d ratio (ie the ratio of the diameter D of the drum to the diameter d of the wire rope), the safety factor and the structure of the wire rope.
3, fatigue caused by stretching, twisting and vibration
At the beginning and end of the start and brake of the crane wire rope, the tensile stress of the bundled wire rope before and after the load can cause metal fatigue. In addition, the fact that the wire rope is often subjected to distortion and vibration is also a cause of fatigue.
The principle of fatigue damage is that under the action of variable stress, the surface of the thin steel wire first forms initial cracks due to various slips, and then the crack tip repeatedly plastically deforms under the action of shear stress, so that the crack propagates until fracture. The broken wires caused by fatigue are generally flush, and most of them appear on the surface steel wire, and they are very regular.